The Legend of King Minos

Did you know that when you visit Crete you are walking in the footsteps of the Gods? 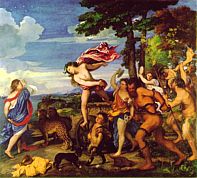 Back in the distant past, when the ancient Minoan Civilisation flourished on the island of Crete, there lived a great king known as Minos. Historians believe that 'Minos' may actually have been a title given to all Minoan kings, but to the early Greeks, Minos appears as one single, powerful figure. Many fantastical stories were woven around him, and he has come to hold an important place in classical Greek mythology.

According to legend, Minos was a mighty king and a great warrior, rumoured to be a son of the Greek god Zeus and the mortal woman Europa. He had a wife, Pasiphae, and three children: Androgeus, Ariadne and Phaedra. His splendid labyrinthine palace at Knossos was built for him by the great genius Daedalus. He was a strong character, but he was also very harsh, and not well liked. As the ruler of one of the most powerful nations of the ancient world, he was greatly feared and respected by all the neighbouring kingdoms.

One of his most famous conquests was against King Nisus of Megara. At first victory against Nisus seemed impossible. The king of Megara had a magical lock of purple hair, and as long he had it in his possession, his city could not be conquered. However, one day his daughter Scylla saw Minos from the city walls and fell desperately in love with him. She stole her father's magical hair and sneaked out of the city to give it to her beloved. In the end, Minos won the battle and killed Nisus, but he was so sickened by Scylla's treachery that he sailed away without her. She tried to swim after him, but her father's ghost swooped down as an eagle and drowned her.

Although he was a great man, Minos was also flawed. One day a magnificent white bull appeared in his kingdom. The god Poseidon demanded that the bull be sacrificed to him, but Minos thought it was such a fine creature that he decided to keep it for himself and sacrifice another animal in its place. The gods were angry, and decided to punish Minos by making his wife Pasiphae fall in love with the bull. Mad with desire, she sought the help of Daedalus, who created a mechanical cow in which she could hide and approach the bull. As a result of her union with the animal, she gave birth to a monstrous creature with the head of a bull and the body of a man - the Minotaur.

Minos was horrified, and in fury he imprisoned Daedalus in a tower. Keeping the brilliant genius captive proved impossible, however. Using wax, wood and feathers, Daedalus created two pairs of wings - one for himself and one for his son, Icarus. They used these wings to escape the tower and fly away over the sea. However, Icarus became too bold in his excitement, and despite his father's warning, he flew too close to the sun. The sun's heat melted the wax which held his wings together, and he plummeted to his death in the sea. The grief-stricken Daedalus made his way to the Greek mainland, where he quickly hid himself.

Dismayed that his prisoner had escaped, Minos devised a plan to recapture him. He issued a challenge to the Greeks, to see if any of them could pass a string through a Triton shell. This task was thought to be impossible, due to the spiral shape of the shell, but Minos knew that if anyone could do it, it was Daedalus. He was right, of course - Daedalus rose to the challenge and solved it. He tied the thread to an ant, which then crawled through the shell, drawing the string along behind it. However, although the genius had revealed himself to Minos once again, he still managed to evade capture.

In the meantime the Minotaur had grown into a fearsome flesh-eating monster, and Minos wisely had it imprisoned in the maze beneath his palace. When his only son, Androgeus, was killed in a battle against Athens, he was so eaten up with grief and hatred that he demanded a terrible tribute - every nine years, fourteen young Athenians were to be sent to Crete to be fed to the Minotaur. The son of King Aegeus of Athens, Prince Theseus, was so appalled that he volunteered to go as one of the fourteen and try to slay the monster himself. Of course, King Aegeus was very afraid for his son. Before the black-sailed ship carrying the youths left for Crete, he told the sailors that when they returned, they were to hoist white sails if Theseus had survived, and to keep them black if he had been killed.

When Theseus arrived in Crete, Minos' daughter Ariadne saw him among the victims and fell in love with him. She said she would help him defeat the Minotaur if he would promise to take her home and marry her. He agreed, and she gave him a magical ball of twine to guide him through the maze where the Minotaur lurked. With the help of the twine, which unwound before him to show him the way, he soon found the beast, and after a long and fierce battle he finally killed it. Following the path marked by the magic twine, he led the other young Athenians out of the maze, to safety.

They escaped the island by boat, taking Ariadne with them. However, on their way back to Athens they stopped off at the island of Naxos, where the ungrateful Theseus abandoned her. Realising she had been deceived, the young woman cried to the gods for vengeance. She was heard by the god Dionysus, who instantly fell in love with her and made her his wife. With the help of her husband, Ariadne got her revenge on Theseus by making him forget to change the sails from black to white as he returned home. King Aegeus saw the black-sailed ship and was consumed by grief, thinking his son was dead. In his despair he threw himself into the sea and drowned. Today, the stretch of water where he killed himself is still known as the Aegean Sea.

Theseus' troubles did not end there. After the death of his first wife, Hippolyte, he married Phaedra, the second daughter of King Minos. Phaedra was very jealous of the love he bore his son by Hippolyte, Hippolytus. She accused Hippolytus of attacking her, and Theseus was so angry that he asked Poseidon to punish the young man. One day when Hippolytus was driving his chariot along the beach, Poseidon sent a great wave which terrified the horses into bolting. The chariot crashed and Hippolytus was killed. When Theseus then discovered that Phaedra had lied to him, he was furious. The terrified woman hanged herself to escape his wrath.

Although it is not known what eventually became of King Minos himself, or whether he ever had time to visit Makrigialos, his legend lives on to this day. Visitors to Crete can still visit Knossos, the fabulous Minoan palace where these fantastic adventures are said to have taken place.