Towards the end of June every year, and because of its superb location, size and architecture, the villa Casa dei Mezzo is magically transformed into the main venue for the Casa dei Mezzo Music Festival where we have the privilege of enjoying performances by world-class singers and musicians. If you enjoy real music then this is an event not to be missed.

This article gives an insight into the design inspiration of the beautiful villa, and to the very first Casa dei Mezzo Music Festival concert that took place in June 2004. 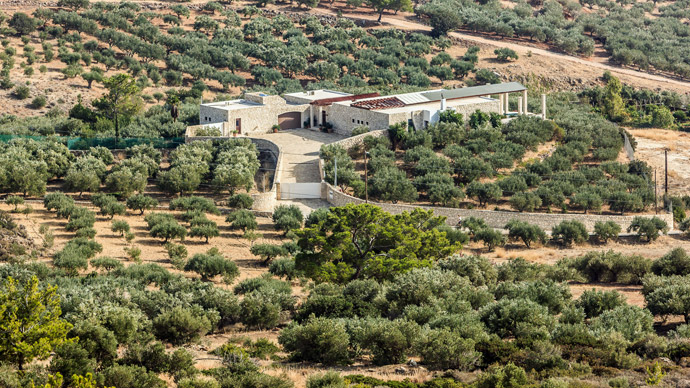 Water trickles from a carved stone conch to fill the basins of a fountain, and then flows down a channel in the inner courtyard of the Villa Casa dei Mezzo. Its destination is a swimming pool, tiled deep azure to match the Mediterranean Sea. The sun casts its light through the courtyard's slatted wooden roof and drenches the columned patio beyond. 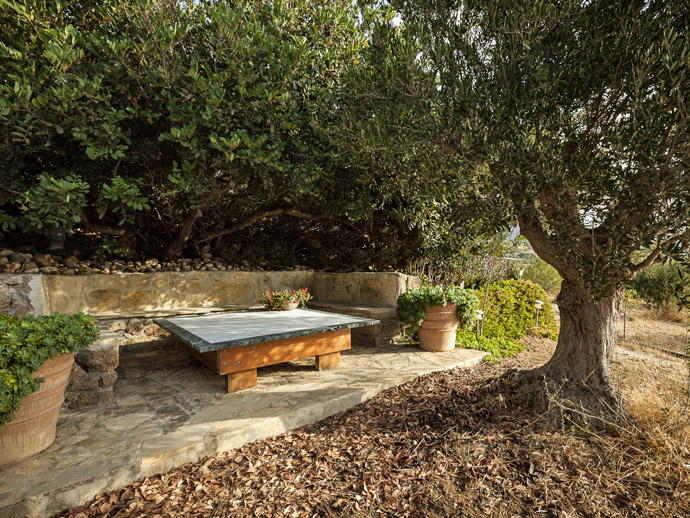 Much of the farmland around the villa is inaccessible, but a path from the patio leads down to a stone bench set beneath an old carob tree. The garden itself is planted with fragrant sage and purple thyme, potted oleander and bougainvillaea. No Greek house is complete without icons, and at the main entrance of the Villa Casa dei Mezzo hangs a gilded image of Agios Yiannis (St John the Baptist), specially created by Vangelis Crasagakis. 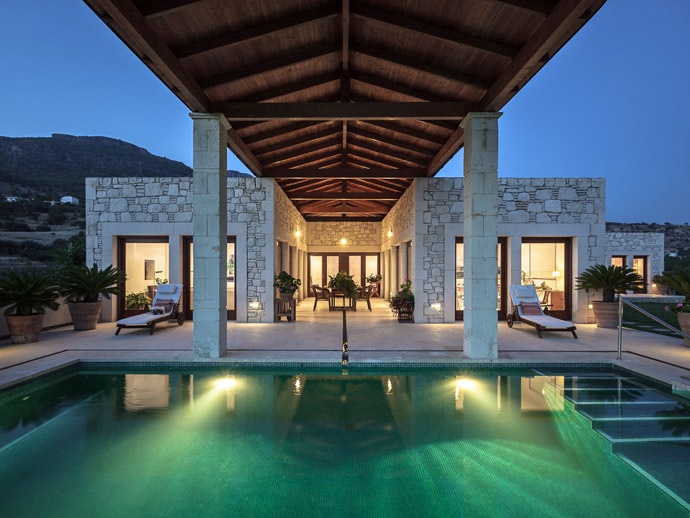 The villa's owner, Gunnar Strømsholm, originally envisaged a small house with a garden when he set about looking for land in 1999, but ended up creating the luxury Villa Casa dei Mezzo, nestling within its 6,000 square meters of hilly olive groves. The new villa is named after the old 16th century Venetian estate which is nearby. Gunnar's main inspiration for the new villa came from the play "La casa de Bernarda Alba" by Frederico Garcia Lorca, but he also wanted a Moorish influence - small outer windows and cool enclosed courtyards. Having drawn up a sketch he contacted the Norwegian architect Stein Gundersen, at Arkadia Arkitekter AS in Oslo, who had previously worked in Spain. Under Gundersen's influence, the little house on Crete suddenly became much bigger.

It was Gundersen who designed the columns that grace the sandstone patio overlooking the sea. The Greek architect Manolis Kanavakis then raised the villa on a pedestal like a temple prompting the builders to affectionately dub it 'The New Acropolis'. Kanavakis' father, a retired priest, then observed the villa had fallen into the shape of a Byzantine Cross. After two years of hard toil and loving dedication, multicultural inspiration, and truckloads of soil and sand, the Villa Casa dei Mezzo was finally complete. In accordance with Greek tradition, the local priest blessed it on the 4th June 2004. Three days later, a concert was held in the courtyard to celebrate the formal opening of the house. 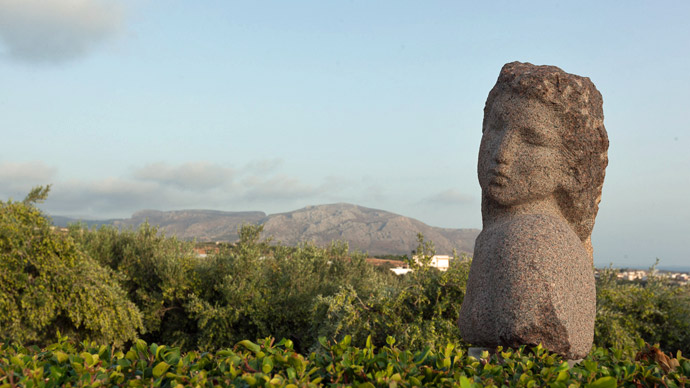 More than 100 people - foreigners and locals alike - attended the gathering which began at 9pm and ended at midnight. The concert was opened by a piece inspired by Villa Casa dei Mezzo that very morning, written and performed by Øystein Sevåg. The first part of the concert featured Norwegian musicians, including Øystein and his violinist wife Maria, Gro and Tore Eide, and Inge Norum. The middle section starred Greek bousiki players, The Petros Dimitropoulakis Group while the end was devoted to Greek and Cretan songs performed by the architect Manolis Kanavakis, his wife Voula, and Dimitra Psichogiou. A bounty of local food and drink accompanied the music, and the acoustics proved excellent. We are hoping that this concert will be the first of many memorable events to be held here at the Villa Casa dei Mezzo.